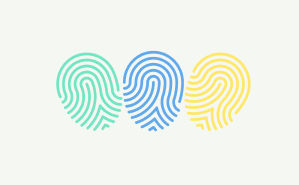 Habits are key to everything we do in life. Take a moment to reflect on how many habits you perform through the day—from brushing your teeth to grabbing your keys when you leave the house to having a biscuit with your tea.

When we’re trying to eat better and fundamentally change our relationship with food, habits are crucial: Both the breaking of old, destructive habits and the creation of new, healthy ones.

At Habitual, one of our goals is to help set you up for lifelong good health, in part fuelled by solid habits. As Stephen Covey (an author who writes almost exclusively about habits!) famously said, “our character is basically a composite of our habits. Because they are consistent, often unconscious patterns, they constantly, daily, express our character.”

But changing habits is hard—right? It’s easy to feel shackled by old habits and unable to find the motivation to create new ones. While we aren’t under the illusion that a single blog post will be your silver bullet when it comes to habits, the below framework can (hopefully!) give you a starting point for evaluating, breaking, and rebuilding your habits.

The three layers of behaviour change

We spend a week of the Habitual program helping users come to terms with, and plan for new, habits. We take inspiration from James Clear, the author of Atomic Habits, and a three-layer framework he uses: Outcomes, Processes, and Identity.

The problem with most diets is that they attempt to change the outer layer, the outcome, or perhaps the middle layer, the process. For example, you may have attempted to lose weight (outcome) by building a habit around eating fewer carbs, adhering to a keto diet, or reducing calorie intake by intermittent fasting (three types of processes).

Sure, we can change outcomes and processes for a while, but as soon as the going gets rough or life gets in the way (which it inevitably does!), we revert back to our old ways.

This is because, at core, we are not viewing ourselves as new or different from how we previously thought of ourselves. In the Habitual program, we encourage users to start questioning and refining their identity–to eventually become someone who truly is happy and healthy, not just someone who engages in behaviours who look healthy on the surface. This is the key to building habits which last.

If you guessed the second, you’re already onto us.

The first person still identifies as a smoker (or a meat-eater) who is trying to be someone else, whereas the second person no longer identifies as someone who smokes or eats meat.

We often fail to consider identity change when we set out to improve ourselves. We think “I want to lose weight (outcome) and I’ll achieve this by doing a diet (process)”. We often set the goal without considering the beliefs that drive our actions.

Improvements are only temporary until they become part of who we are. If we only focus on outcomes, it becomes difficult to sustain a behaviour, so it’s more important to set identity-based goals. For example:

If you haven’t already, take a moment to begin thinking about what type of person you’d like to become, rather than thinking about the outcome(s) you’d like to achieve. This could have to do with a specific way of eating (such as becoming pescatarian or dairy-free), but doesn’t necessarily have to do with your food choices at all. For example, you might want to become the person who doesn’t feel the need to finish everything on their plate, or who can have snacks on their desk without eating the whole bag.

Your identity is not going to change just because you’ve snapped your fingers, but recognising which identity you’re working towards is the first of many tiny steps towards becoming the person you want to be.

These tiny steps are simply habits which accumulate over time.

Deciding the type of person you want to become is the first hurdle; The second is to prove it to yourself with small wins, which is detailed further in this article.