Join free community
Check my eligibility
Our next 2 cohorts are full.
Get started
Get early access to the Habitual program
Thank you for joining the waitlist 🙂
Oops! Something went wrong while submitting the form.

Sheila: My journey to finding Habitual 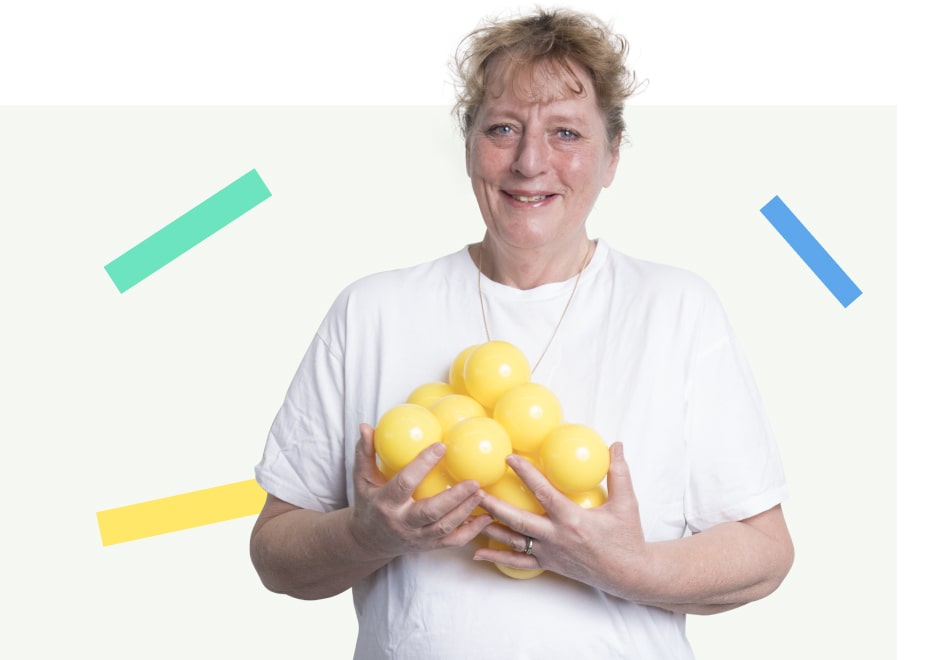 "I feel so fortunate to have been able to join this program, I know that it will inspire and guide me towards making the best of the rest of my life."

Hello, my name is Sheila Coppel, and I am feeling so happy with my experience of the Habitual program. It has made a real difference in how I feel towards looking after myself—something that I haven’t been particularly good at for many years now. Often, I’ve found too many excuses, made too many wrong choices, and been overconfident in believing I was better at losing weight than I actually was. But I’ve come a long way! Here’s an outline of my journey.

I have always struggled with my weight. I was apparently a happy, cuddly baby. But as I grew up, I never lost that initial slightly chubby look. Having said that, I was very active, and I loved every kind of sport.

Each year at my junior school, there was a sports day that I used to really look forward to. The school took it really seriously, and we would practice for weeks in anticipation. But I remember one particular day, when I was about ten. We had an after-school practice for the relay race, and as I ran past the two PE teachers, I heard one of them say, “Well, she might be fat, but she can certainly run”. From that moment on, I began to lose confidence in myself.

I think that was the first time that anyone had mentioned anything about my weight in a detrimental way. However, those unkind remarks, carelessly made, stuck with me and have always been at the back of my mind. Unfortunately, that lack of confidence in myself, coupled with an extreme shyness in my teenage years, eventually resulted in a desire to hide myself away, and to avoid attracting any sort of attention.

For the first fifty years of my life, I can only blame my weight problems on a lack of control of my eating habits. Having said that, I did manage to keep my weight relatively stable. I would sometimes put on half a stone, then lose it quite easily, then put it on again, then lose it again. You know how it goes!

But then, about sixteen years ago, I discovered a lump in my neck that my doctor said was related to my thyroid. However, he said that he was not particularly concerned, but proposed a routine scan. In the weeks that passed as I waited for the scan appointment, I began to feel really exhausted, I gained a lot of weight, and I suffered from really dry skin. My appointment finally came through a few months later.

Things moved very quickly after that. The doctors suspected malignancy, so they scheduled an operation and ended up removing my thyroid, three of my parathyroids, and a few lymph nodes. As it turns out, the lump was benign! I considered myself incredibly lucky. However, this is when my battle with my weight really started…

Since the operation, I’ve been on medications for my thyroid as well as for high blood pressure and cholesterol, both of which I struggle with.

In February this year, I had my annual hospital appointment at the Metabolism and Diabetes Clinic. I always see the same consultant and I really trust his input and judgement. He had seen me struggle with my weight, but he also believed me when I told him that I was trying very hard to lose weight by sticking to diets rich in fresh fruit and vegetables, grilled meat or fish, and fat-free skimmed milk. Of course, I would have occasional lapses, but on the whole my diet was actually very healthy.

I had joined Weight Watchers a few weeks before my appointment, but having paid the enrolment fee I discovered that their point-based diets were not suitable for me and my particular medical needs in relation to calcium-rich foods. My calcium levels are quite low; however, I would be at risk of kidney stones if I were to take any additional Vitamin D or Calcium supplements. My consultant had advised me to drink fat free skimmed milk and have fat free natural yogurt, but the points system would not allow me to do this. Nobody was really able to help me. So, I decided to leave!

During our appointment, my consultant offered to refer me to the Habitual program. He explained that although I wasn’t diabetic or pre-diabetic, my hypothyroid and hypoparathyroid were causing me to be consistently tired and sluggish. He believed the Habitual program would help with this.

Within a few days, I was enrolled and ready to go! I was excited, but inwardly worried about whether I would actually manage it.

In reality, I did not find the first 4 weeks very hard at all. I sampled all the variations of food offered but realised I was perfectly happy drinking the shakes. It might have been harder had I been at work, but being at home during lockdown actually did help me. And every evening, without fail, I received such interesting and informative content via the Habitual app that I felt very encouraged and supported. That first month, I lost 6 kgs. I was so happy!

Interestingly, I started to sleep much better than I had done for a long time. I found that quite a surprising thing to happen. I had thought I would probably be waking up hungry, or struggle to fall asleep—but the opposite happened!

By the end of the first 8 weeks, I had lost 10kgs. I couldn’t believe that I had been on the program for that long… the time had flown by. It was an incredible amount of weight for me to lose. That’s 22 pounds, but who’s counting? And I have learnt so much from the daily exercises. Losing the weight has obviously been amazing, but the big win for me will be when, in the future, I can use some of the strategies, information, and coping mechanisms that I have been constantly learning about every day.

As I write this, I am on week 11 of the program. I have lost just under 13 kgs and I feel fantastic. As soon as I wake up each morning, I check my weight on the scales, and I feel so proud of myself for what I am achieving on the Habitual program. And it has been so easy. No decisions to make. No calorie counting. And that sense of achievement that I feel when the scales show I have lost a bit more weight is incredible!

However, I have not done this on my own. I have read, and re-read, the information that has been sent to me. I feel so fortunate to have been able to join this program, I know that it will inspire and guide me towards making the best of the rest of my life. I have particularly enjoyed the medical and scientific content, which has been so clearly and carefully explained in such an interesting way. A lot of the information has been so relevant to me. It almost feels like it has been written for me personally, but it just reflects the amount of research and commitment that has been put in by the entire Habitual team.

Whenever I have had any questions, they have been immediately answered. I am in awe of the support that has been constantly available. I cannot begin to tell you what a great experience this has been.

So, as I reach the end of the first 12 weeks, I have a wardrobe full of clothes that are too big for me. I don’t actually have many clothes that I can wear at the moment, and to be honest, I do not want to buy any interim clothes because I am on a longer journey. I can walk up and down stairs without puffing, and I can bend easily to pick things up if I drop something. I feel great, and I can’t wait to see what I can achieve.