Join free community
Check my eligibility
Our next 2 cohorts are full.
Get started for free
Chat with health team
Get early access to the Habitual program
Thank you for joining the waitlist 🙂
Oops! Something went wrong while submitting the form. 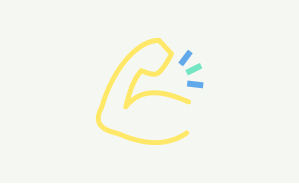 When it comes to addiction, food is particularly challenging because there is no “cold turkey”. Unlike addictions such as smoking or drinking, the reality of being human is that we need to have a relationship with food, we cannot simply give it up. It would be like quitting smoking but needing to take a single puff—and no more—three times a day.

The challenge therefore is not resisting food entirely, but rather changing your relationship with food from a destructive to a positive one, and that’s much more difficult psychologically than simply turning off entirely. Before we think about how to change our relationship with food, let’s take a closer look at why we feel pleasure from eating and how that can lead us to develop addictive urges.

Why can eating become addictive?

The story begins with a chemical neurotransmitter called dopamine, which is made by our bodies and used by our nervous systems to send messages. Dopamine is often discussed in the context of drug addictions, but less frequently discussed in relation to eating.

To put it simply, when dopamine is released, it positively impacts the areas of your brain associated with pleasure and rewards. Even simpler: It makes you feel good!

So why does eating release dopamine? Let’s think about this from an evolutionary perspective. Our human ancestors had to scavenge for food to survive, and their lives often depended on their ability to do so. To encourage us to continue pursuing behaviours which promoted survival, our brains made eating a pleasurable experience; Dopamine release in response to eating acts as a reward system for taking positive actions towards survival.

In today’s world, however, food is abundant. Instead of being at risk of not having enough food, we tend to experience the opposite, with a prevalence of harmful foods such as fast food and processed sugars that actually put us in danger (as evidenced by diseases like type 2 diabetes).

This problem is exacerbated by the fact that our brains release even more dopamine when we consume sugary and/or fatty foods than whole foods. In fact, some research has found that sugar can release as much, if not more, dopamine than cocaine. And as we eat more of these types of foods, our dopamine systems get used to them—we effectively build a “tolerance” to sugars and fats, requiring a larger amount of these foods to achieve the same feelings of pleasure.

The main point here is that our addictions to different types of foods don’t represent a mental weakness or inability on our part to resist cravings, but rather a physiological mechanism that we have no control over.

What we do have control over, however, is how we respond to these addictions. Many of us will be cruel to ourselves when we have cravings, saying things like “you’re not strong enough to resist it” or “I can’t believe you’re still obsessed with [insert food]”. But by understanding the role that our brain plays in creating addictive urges, we can start practicing something we call “compassionate curiosity” (more on that below)—an important part of reinventing our relationships with food.

It may not always be easy to tell if what you are feeling is an addictive urge, or simply hunger. Hunger is a physiological function of the body’s real need for food, often occurring once you haven’t eaten for some hours. Your body may try to inform you it is lacking in energy supply with signals from your stomach such as growls, pangs, or hollow feelings. Alternatively, your brain may send signals including fatigue, fogginess, or lack of concentration. Hunger doesn’t tend to subside if ignored for a small period of time.

Instead, a craving or addictive urge is more psychological. It may occur after a nutritious meal, or consistently be targeted towards a certain food (or foods). Addictive urges towards food may also be responding to trigger events or emotions, and involve a process of continuous eating. Cravings, unlike hunger, if managed appropriately, can subside. Ultimately, observing yourself, your emotions, and your physical cravings can help you develop a better awareness of when you are actually hungry and when you’re just having a craving.

There is no single way to tackle addictions, however below we present a 5-step technique created by Dr Gabor Maté’s, a renowned addiction expert. It puts compassionate curiosity and self-understanding at the core of overcoming addiction. When you’re feeling an addictive urge to eat a specific food, give these five steps a try.

Step 1: Reframe the addictive urge into a dysfunctional thought

The first step is to reframe the addictive thought or urge. We often feel like we need something, particularly when our brains have been wired over many years to expect that thing (for example, sugar). However, when we reframe that thought as no more than that—a thought—we can begin to extricate needs from desires.

Addictive impulses are often accompanied by a sense of urgency, making it all the more important to be consciously aware of them, and to observe rather than jump to act. The urge won’t go away at this point, and that’s fine: the important thing is that you start thinking of it as a dysfunctional thought rather than a true need.

As we saw above, our brains are responsible for the pleasure we derive from food. The second step is to place the blame for addictive cravings where it belongs: on our brains and the chemicals inside of them.

By attributing addictive urges to our brains, we can become more compassionate with ourselves. Rather than thinking “I’m not strong enough to resist the urge”, we can instead think “my brain chemicals are telling me I need this thing because that’s what they’re wired to do, and I know that this happens when I’m [stressed], [bored], or [upset].” In the brackets, you can insert whatever mood or situation has trigger your craving.

Practicing “conscious awareness” can help to deepen your understanding of what triggers your addictive desires towards certain foods. The basic premise of conscious awareness is to observe yourself without judgement.

Many of us will start on a change journey by asking “why?” every time we slip up or even think about falling off track. Whilst “why?” is indeed the right question, the way we ask ourselves often starts off as an accusation: Why can’t I control myself? Why haven’t I made a change already?

By practicing conscious awareness, however, the question of why becomes an opportunity to learn, and we can move from justifying our actions (as we tend to when we feel we need to defend a position) to trying to understand what triggers certain actions. Instead of accusing ourselves of weakness, we can act as our own empathetic, curious friend who wants to help.

Thus, Step 2 can help us to take an objective view of the situation, allowing us to begin taking control over our response.

The goal of this step is to re-focus your mind on something different than the urge you’re having, ultimately teaching yourself (and specifically your brain!) that you don’t need to listen to these urges.

Pick an alternative activity that you enjoy, as this will help you to learn that there are many things which can bring you joy, and that food is only one of them. At first, the goal isn’t to avoid giving into the urge entirely (although it’s great if you do!), but rather to start building up your resilience by showing yourself that you don’t have to give into urges when they strike. Over time, you will start noticing that you are the one in control of your impulses, not the other way around.

For example, the alternative activity you might choose is taking a bath, or reading, or calling a friend. As you begin using this alternative activity to re-focus your urge, and derive enjoyment from it, you will begin to see that you can control how you want to respond to an urge. There is now a choice, where perhaps, previously you didn’t see one.

Step 4: Re-value the object of your desire

When we want something, we tend to assign it a high value, one which is often overinflated.

Step 4 involves re-valuing (or rather, de-valuing) the object of your desire (say, cookies or crisps) and reminding your brain what it is actually worth… which is often close to nothing. In order to do this, you’ll need to ask yourself the tough question: what has this addictive urge done for me? Sure, it may bring you short-term pleasure, but how does it make you feel after the fact? Think about a time recently that you gave in: How did you feel afterwards? What have been the longer-term impacts of taking part in this behaviour—good or bad?

It is important to think about this without judging or reprimanding yourself. The point of this is not to make you feel guilty, but rather to engage yourself in a dialogue about what happens when you do give into the urge. As a result, you’ll have an ever-growing mental bank of reasons not to succumb to a negative urge, and at the same time, the value of obtaining that thing will decrease.

Step 5: Re-create your identity to move towards who you want to become

As you develop the strength to overcome unwanted urges, you also create the opportunity to make changes to your identity, and to move towards the life you desire. What does that life and person look like (perhaps physically, but more importantly, psychologically)?

This step is an opportunity to put down on paper who you want to become. That doesn’t mean becoming a new person entirely: every individual has a long list of great qualities. Instead, this is about showing yourself how overcoming addictive urges fits into the identity and person you are moving towards becoming. You can read further about how to eat better using identity based change here.

Ultimately, by deepening our understanding of why we feel certain urges, desires and thoughts, both physiologically and emotionally, we can begin to take steps to change our relationship with food and take a step on our journey towards living a healthier life at a healthier weight. If you are interested, you can further your understanding of Dr Gabor Maté’s thoughts on addiction and tackling them in a TED Talk here.