A guide to type 2 diabetes medications 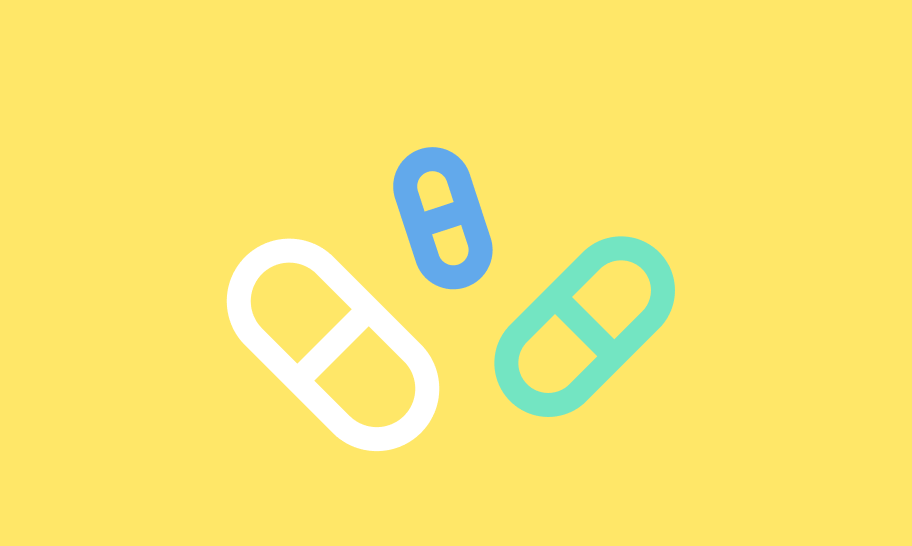 Whether you suffer from type II diabetes or prediabetes, you’re concerned about developing the disease, or you’re helping a loved one who has diabetes, understanding the landscape of type 2 diabetes medications is an important part of managing the disease. While we at Habitual hope to help millions of people to put diabetes into remission—meaning no more medications—we know that understanding what you’re up against when your doctor prescribes a new pill is incredibly important. Here’s a quick guide to medications for type 2 diabetes.

Type 2 diabetes medications: What you need to know

Medications are often prescribed immediately after the diagnosis of diabetes, but it’s important to know that pills are not the final answer to treating type 2 diabetes. At Habitual, we think of medications as blunt tools for treating an incredibly complex disease. While type 2 diabetes medications do help keep your blood sugar levels under control, those with type 2 are still at 2-3x the risk of suffering a complication like heart attack or stroke, despite best-in-class pharmacological treatment.

However, this pharmacological treatment is currently the mainstay in diabetes treatment pathways throughout the western world, so it’s important to understand what you’re being prescribed.

Below we outline the most commonly used classes of drugs in the treatment of type 2 diabetes mellitus. You must be aware that it is up to your doctor to choose the specific drug and the most appropriate dosage for you, based on the severity of the disease, your state of health, and your response to treatment.

Belonging to this group is a drug you've surely heard of: Metformin. This medication reduces high blood sugar levels with a two-pronged strategy, both improving how the body responds to insulin as well as reducing the amount of glucose released by the liver.

Metformin is often prescribed immediately after type 2 diabetes diagnosis and is sold under various brand names such as Glucophage, Glumetza, Riomet, and Fortamet. A metformin treatment typically starts with a small dose once per day with food, which is then increased over time to avoid side effects. If your doctor feels it is appropriate or if blood glucose control is not effective, he or she may continue to increase the dose of metformin.

The most common side effects of taking metformin include nausea, diarrhoea, vomiting, stomach ache, loss of appetite, and a metallic taste in the mouth. The side effects are usually not serious, especially if the pill is taken during meals and there are no contraindications to the drug, such as severe kidney disease, liver disease, and heart disease. The side effects usually improve after a few weeks, however sometimes doctors will switch you from a standard-release to a slow-release tablet to help with the side effects. Metformin may sometimes be stopped in patients who are experiencing low blood pressure, dehydration, or kidney problems.

When is it necessary to add another medication?

Your doctor may prescribe a second medication in addition to metformin if it alone is not sufficient to keep your blood sugar levels with healthy range. A different medication may also be used instead of metformin if you cannot tolerate its side effects. If your blood sugar levels are still high after two or three months, but your A1C level is close to the target (usually between 7 and 8.5%), a second oral medication may be added. If your A1C is above 9%, however, your doctor may recommend insulin or other medications investigated below.

Sulfonylureas are drugs that stimulate insulin production from the pancreas and can lower blood sugar levels by approximately 20%. This class includes drugs such as glipizide (brand name: Glucotrol) and glimepiride (brand name: Amaryl) and these medications are taken in pill form.

Unlike with metformin, sulfonylureas carry the serious potential side effect of hypoglycaemia, which can be incredibly dangerous (leading to seizures or fainting in some cases) if not treated. Luckily, the treatment is simply to eat a fast-acting carbohydrate, such as fruit juice or candy. If you’re taking a sulfonylurea, it’s important to be aware of the symptoms of hypoglecaemia and to keep fast-acting carbs on hand just in case.

Another common side effect related to these drugs is weight gain. In addition, over time they gradually stop working, making it necessary to turn to other drugs.

The drugs belonging to this class act in a similar way to sulfonylureas but possess a shorter duration of action. Thanks to this characteristic, these drugs mimic insulin secretion by the pancreas so that blood sugar levels drop faster after meals. They are taken in pill form and for example, repaglinide (brand name: Prandin) belongs to this class. Compared with other hypoglycemic drugs, this class appears to cause fewer side effects, including, for example, abdominal pain, stomach pain, diarrhea, and constipation. Hypoglycemia may occur during therapy with these drugs, so watch for premonitory symptoms of this condition such as cold sweats, headaches, malaise and tachycardia.

DPP-4 inhibitor drugs act by hindering the degradation of incretins, which are molecules that regulate the production of insulin by the pancreas. If incretin levels are elevated, then insulin production also increases, which as we've learned is results in the lowering of blood glucose levels. This class of medicines includes drugs such as sitagliptin (brand name: Januvia) and saxagliptin (brand name: Onglyza), which are taken in pill form and do not cause hypoglycemia or bodyweight variations.

Sodium-glucose transporter type 2 (SGLT2) is a protein in the kidney responsible for the reabsorption of sugar into your bloodstream your blood is filtered by the kidney (blood filtration is a normal process that our body is consistently going through). If you have type 2 diabetes, a lot of sugar is reabsorbed intro your blood, which can contribute to the persistence of high blood sugar concentrations.

These drugs reduce the activity of these transporters; less sugar is reabsorbed into the blood, and more sugar is released into the urine. Drugs such as canagliflozin (brand name: Invokana) and empagliflozin (brand name: Jardiance) belong to this class. SGLT2 inhibitors do not cause low blood sugar and may be a good choice for people with heart failure or chronic kidney disease.

Glucagon-like peptide-1 (GLP-1) is a hormone that is produced and released into the bloodstream from the intestine during the day, especially following food intake. This hormone controls blood glucose by increasing the secretion of insulin and decreasing that of glucagon from the pancreas—which together lead to the lowering of blood glucose.

GLP-1 receptor agonists mimic the effect of GLP-1 and thus stimulate insulin production leading to lower blood sugar levels. This class includes drugs such as exenatide (brand name: Byetta), exenatide extended-release (brand name: Bydureon), and liraglutide (brand name: Victoza). GLP-1 receptor agonists are often prescribed to those who are experiencing weight gain due to metformin because they cause a decrease in appetite and promote a sense of fullness after a meal. This class of drugs can determine hypoglycemia as a side effect, especially if they are taken in combination with sulfonylureas and medications are taken in pill form.

Instead of impacting insulin production or secretion, thiazolidinediones increase the sensitivity of our tissues to insulin. This means that insulin can more effectively do its job of getting glucose out of the bloodstream and into tissues—particularly fat and muscle tissues. This class of drugs also act by reducing sugar production from the liver.

Alpha-glucosidase is an intestinal enzyme involved in the digestion of carbohydrates. The faster carbohydrates are digested after eating them, the more quickly our blood glucose will rise. By inhibiting alpha-glucosidase from doing its job of breaking carbohydrates down into glucose molecules, these drugs slow down sugar absorption into the bloodstream, causing blood sugar to rise much more slowly. Acarbose (brand name: Precose) belongs to this class of drugs. The main side effects of alpha-glucosidase inhibitors are gas, diarrhea, and abdominal pain, and these drugs are taken in pill form.

Insulin is not typically a first-line treatment for type 2 diabetes, but rather tends to be administered once oral medications are no longer sufficient to keeping blood sugar levels at bay. Insulin must be injected daily, and if misused can easily lead to hypoglycaemia, so it’s important to receive appropriate training before beginning to use the medication.
‍